New for 2020 is our range of Monty Python T-shirts.

The Monty Python television series first aired on the BBC in 1969 and quickly gained a cult following, particularly amongst students. 45 programmes were made between 1969 and 1974, which were followed by several films including Monty Python and the Holy Grail.

The Pythons’ had a unique, irreverent style and their influence on comedy has been compared to the Beatles’ influence on music.

But there was no such person as Monty Python – the name was made up by John Cleese and Eric Idle. Other names considered were “Owl Stretching Time,” “The Toad Elevating Moment,” “A Horse, a Spoon, and a Basin,” and “Bumwacket, Buzzard, Stubble and Boot.” “Monty Python’s Flying Circus” only stuck because the BBC informed the group they had already printed their programming schedules and the name couldn’t be changed. 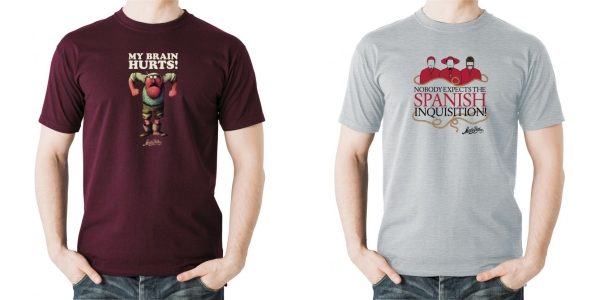 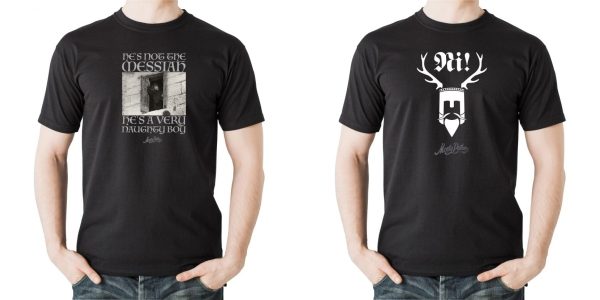